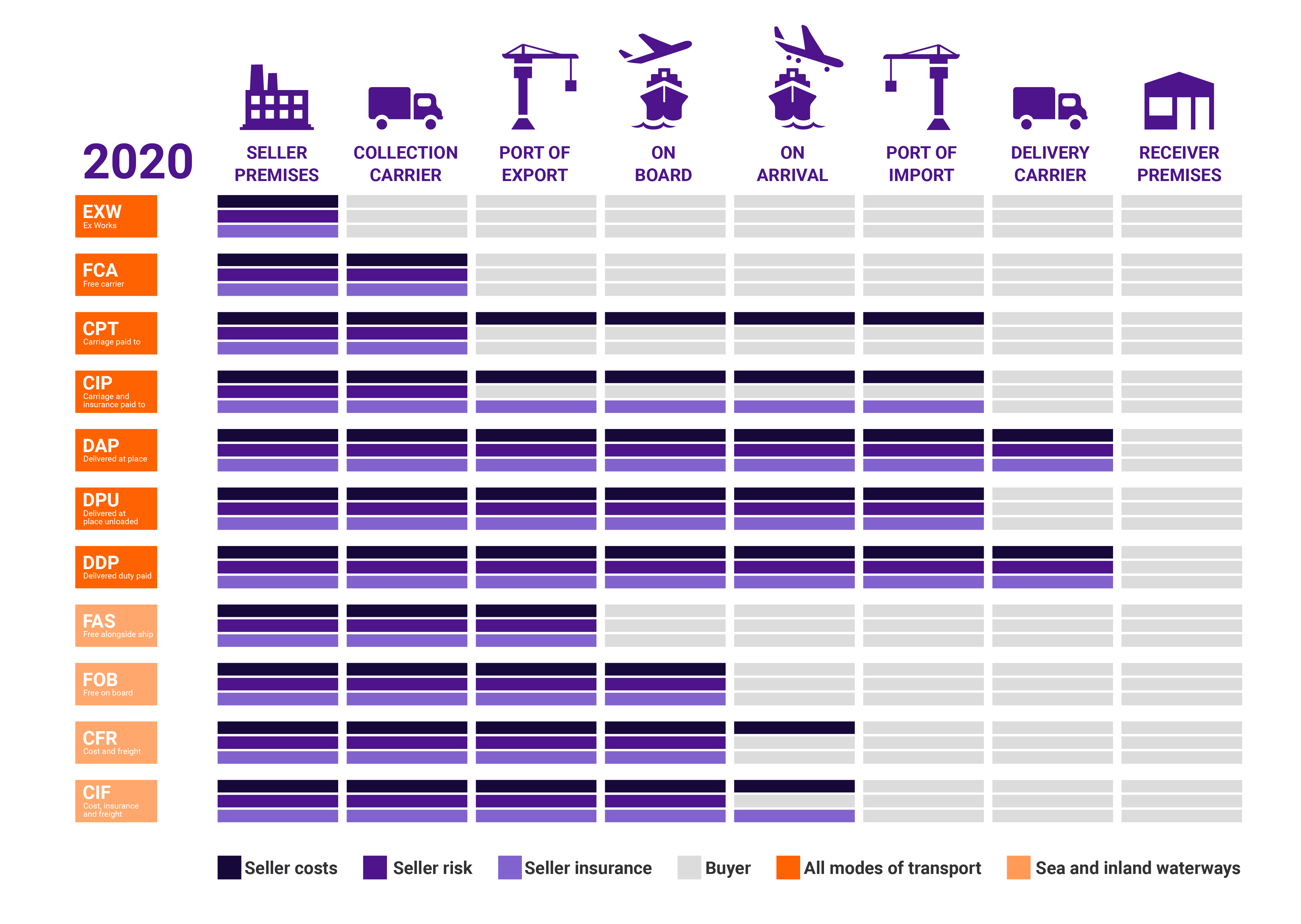 EXW is often used when making an initial quotation to sell goods without any costs included. It means that the seller makes the goods available at their premises or another named place (works, factory, warehouse, etc.). Thus, the seller does not need to load the goods on any collecting vehicle, nor does it need to clear the goods for export.

FCA can have two different meanings, each with varying levels of risk and cost for the buyer and seller. FCA (a) is used when the seller delivers the goods, cleared for export, at a named place which is their premises. FCA (b) is used when the seller provides the goods, removed for export, at a designated location that is not their premises. In both instances, the goods can be delivered to a carrier nominated by the buyer or another party designated by the buyer.

Under CPT, the seller pays for the carriage of goods up to the designated destination area.

CIP – Carriage and Insurance Paid to (named place of destination)

Similar to CPT, with the exception that the seller is required to obtain minimum insurance for the goods while in transit.

The seller is deemed to have delivered when the goods are placed at the buyer's disposal on the arriving means of transport and ready for unloading at the named place of destination. Under DAP terms, the seller needs to manage all risks involved in bringing the goods in.